Suffocation is a death metal band from the United States. They are acknowledged as being one of the earliest bands to redefine the death metal genre in the 1990s and turn it into what it is today.

Formed in New York State in 1988, Suffocation rose to prominence with their 1991 debut album Effigy of the Forgotten, which came to have a huge impact on the death metal scene of the 1990s. Also, the breakdown riff in the hook of the track Liege of Inveracity inspired the death metal offshoot known as slam death metal.

“Effigy of the Forgotten was a benchmark for extreme music, as it sacrificed neither virtuosity or brutality, becoming a signpost for thousands who were still contemplating how to incorporate scalar runs, rapid-fire palm-muting and hummingbird-wing-quick picking into riffs, while opening up rhythmic dimensions and the scope of the blast beat.” – Kevin Stewart-Panko in Decibel Magazine, May 2009

So far, Suffocation has recorded eight studio albums. Their fast-paced music is noted for a combination of growling guttural vocals, a bottom-heavy guitar foundation with down tuned guitars, fast and complex guitar riffs and drumming, open chord notes, advanced time changes, and occasional breakdowns. In general, Suffocation tracks stand out for their intricate combination of harsh brutality and sophisticated songwriting. 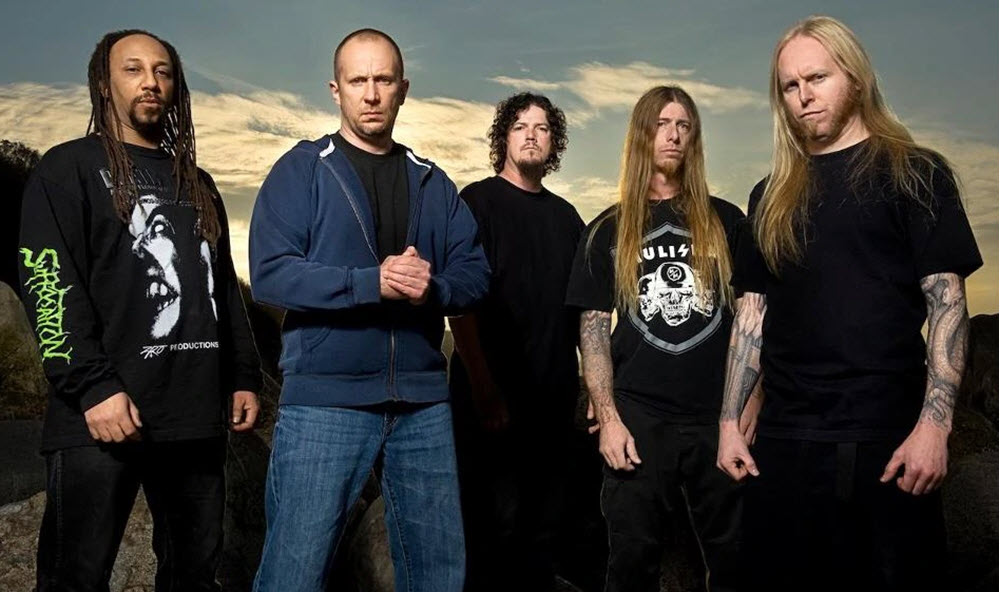 Suffocation was formed on Long Island, New York, by vocalist Frank Mullen, guitarists Guy Marchais and Todd German, bassist Josh Barohn, and an unknown drummer. By 1990, the band had hired another drummer, Mike Smith, and the guitarists Terrance Hobbs and Doug Cerrito.

The release of Pierced from Within in 1995 was followed by extensive tours in Europe, Canada, Mexico, and the United States.

Suffocation disbanded soon after the release of the EP Despise the Sun in 1998.

Mullen, Hobbs, Smith, Marchais and Barohn reformed in 2003. Fairly soon, the bassist Derek Boyer was hired to replace Barohn. The album Souls to Deny was released in 2004, followed by a tour comprised of over 400 performances in the United States and Europe. At the Wacken Festival in Germany, Suffocation played to a crowd of 33,000+ people.

In May 2010, Suffocation toured Latin America together with Napalm Death.

Suffocation was inducted into the Long Island Music Hall of Fame in 2012.