The heavy metal band HammerFall was formed in Gothenburg, Sweden in 1993 by guitarist Oscar Dronjak, who previously was a member of the death metal band Ceremonial Oath.

In 2013, Oscar Dronjac wrote and published the book “Legenden om HammerFall” about the history of the band. It is only available in Swedish.

The band has a mascot; the paladin Hector.

In 1993, rhythm guitarist Oscar Dronjak left the death metal band Ceremonial Oath and invited Jesper Strömblad (from Ceremonial Oath and In Flames) to be the drummer in a new band. For this new band, Dronjak had already composed the song “Steel Meets Steel”.

Dronjak and Strömblad were joined by lead guitarist Niklas Sundin, bassist Johan Larsson, and vocalist Mikael Stanne. The following year, Sundin and Larson left, and were replaced by the guitarist Glenn Ljungström (from In Flames) and bassist Fredrik Larsson (from Dispatched).

At the time, Dronjak and Larsson also played in the band Crystal Age, Stanne was the singer in Dark Tranquility, and Strömblad and Ljungström kept playing with In Flames. These various bands and their sounds would have an influence on the music created for HammerFall.

For several years, HammerFall was a side project rather than a main focus for the band members. The band had only a few original songs, and would pad their sparse performances with covers of bands such as Alice Cooper, Judas Priest, and Pretty Maids. 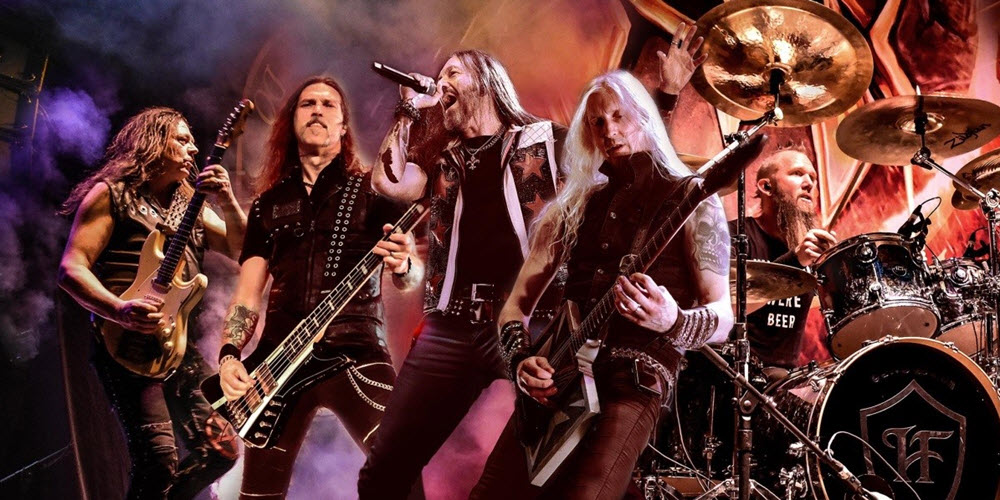 Breakthrough of HammerFall: Glory to the Brave

HammerFalls´s first album Glory to the Brave was released in the Netherlands in 1997 and received positive reviews. (And it has aged well. In 2020, Metal Hammer magazine named it as one of the 20 best metal albums of 1997.)

As HammerFall grew in popularity, it needed more time and dedication from the band members. Dronjak and Cans decided to focus on HammerFall, while Strömblad and Ljungström kept their commitment to In Flames, and Larsson to the thrash metal band None. Therefore, Stefan Elmgren joined the band on lead guitar, Patrik Räfling on drums, Magnus Rosén on bass.

Both Elmgren and Räfling appear on Glory to the Brave, and Räfling actually plays the drums on all the tracks even though Strömblad is listed as the drummer.

HammerFall signed a four-album deal with the German label Nuclear Blast, and this kick-started their European breakthrough.