Black metal is a subgenre of heavy metal characterised by fast tempo, shrieking vocals, heavily distorted guitars, and tremolo picking. There is a strong emphasis on performance and atmosphere, and the artists often appear on stage painted in corpse paint. Unconventional song structures are common, and albums are often recorded in a raw lo-fi fashion.

The 1980s saw the first wave of black metal, with bands such as Hellhammer, Celtic Frost, Venom, Mercyful Fate, and Bathory. A second wave followed in the early 1990s, with the Norwegian black metal scene as a strong driving force. Examples of bands from the second wave are Satyricon, Gorgoroth, Burzum, Immortal, Mayhem, Darkthrone, and Emperor. 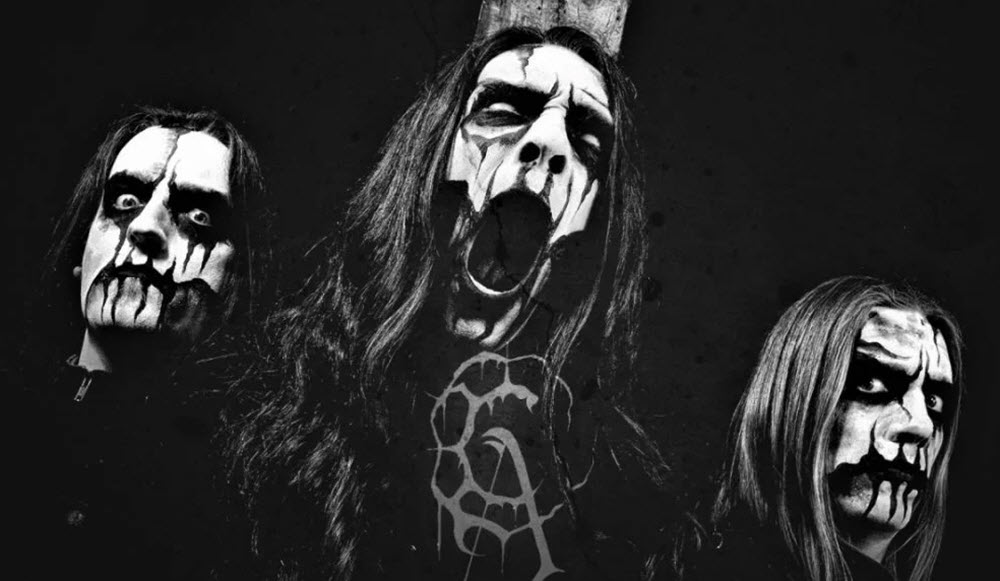 Black metal is typically associated with an anti-Christian stance, including various versions of Satanism, Ocultism and Paganism. Unsurprisingly, the genre has often sparked – and benefited from –controversy.

The first wave of black metal

By today´s musical standards, many of the 1980s band associated with the first wave of black metal would musically be considered thrash metal or speed metal. One notable example is the 1982 album Black Metal by the group Venom. Even though this album coined the term black metal, it is musically more similar to speed metal and thrash metal than to what we today see as black metal. Lyrically, on the other hand, the album Black Metal had a strong focus on anti-Christian and Satanic themes that were unusual for the time. Also, the vocals were raspy and grunted, and the whole production had the type of unpolished stance that was to become strongly associated with black metal. Furthermore, the members of Venom had adopted pseudonyms in a fashion that would later become a standard black metal feature. The album included inserts with the lyrics in Gothic characters, and a mini-poster depicting the members of the group in highly staged ways. “Mantas” is posing next to a motorcycle, “Abaddon” is locked up in a medieval-style cell, and “Cronos” is armed with a ritual dagger and kept on a leash by a half-naked woman.

Other examples of influential groups during the first wave of black metal are the Swedish band Bathory, the Danish band Mercyful Fate, and the Swiss bands Hellhammer and Celtic Frost. 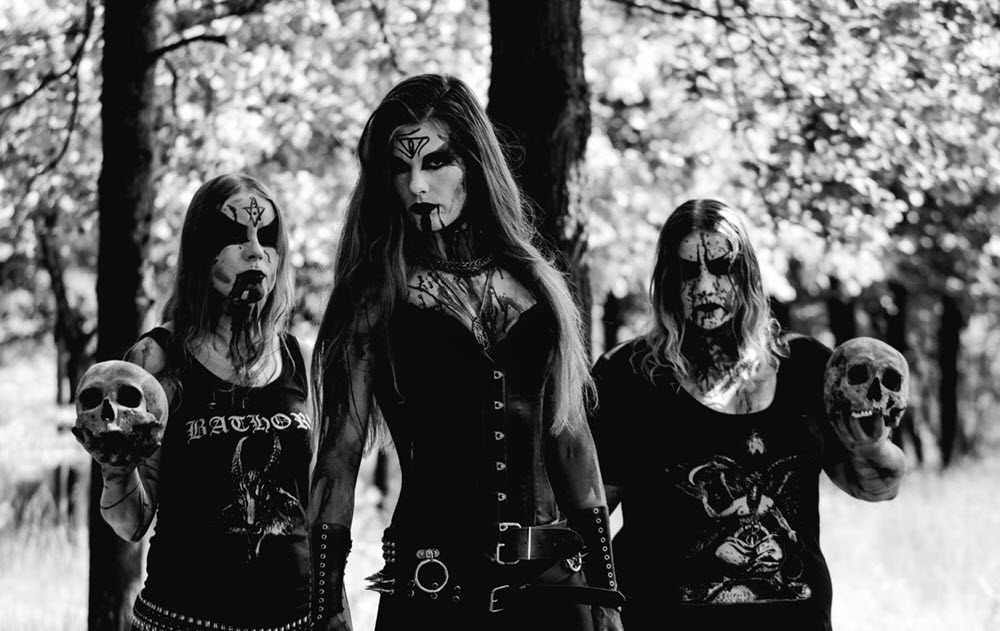 Bathory is widely regarded as the band that created the blueprint for Scandinavian black metal, with heavily distorted lofi music and shrieked singing. Their front-man Tomas Forsberg adopted the pseudonym Quarthon, which he found in a book listing dark princes banished from heaven. After their first three albums (released in 1984, 1985 and 1987, respectively) Bathory went on to release the 1988 Blood Fire Death album which marked the start of the genre Viking metal.

Mercyful Fate, who whore ghoulish corpse paint on stage, achieved mainstream notoriety far outside Scandinavia and the metal scene as their song “Into the Coven” was included in PMRC´s “Filthy Fifteen”. The United States-based Parents Music Resource Center took objection to the lyrics “Suck the blood from this unholy knife, Say after me: my soul belongs to Satan, Now, now you’re into my Coven

You are Lucifer’s Child, Into the Coven, Lucifer’s Child”. The aforementioned Venom also made it onto the list, as their track Possessed included the lyrics “We drink the vomit of the priests, Make love with the dying whore, We suck the blood of the beast, And hold the key to deaths door”.

In 1984, members of Hellhammer formed Celtic Frost, and began exploring more orchestral music combined with lyrics that were more personal; dealing with inner feelings and telling majestic stories. This shift would come to have a major impact on parts of the black metal scene, especially during the second wave in the 1990s